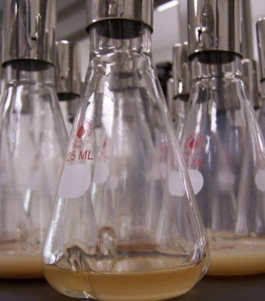 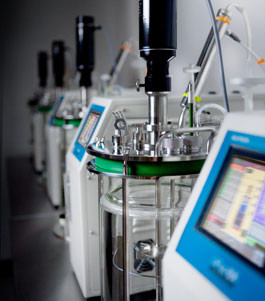 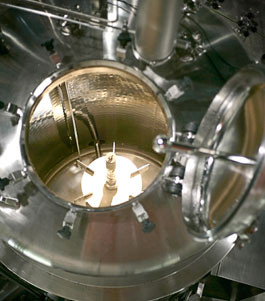 Understanding the effectiveness of Bacillus products is easy to understand because in many cases we can visibly see the difference. But, it is hard to see what exactly makes up the product. Like most companies, you have probably asked suppliers “what species and how many strains of Bacillus do you have?” This may have been followed up with a straight answer from the supplier but you found that your lab results didn’t match up. Or, maybe you have asked that question only to be replied to with more questions. Like most suppliers, we have been asked that question many times. Seems like a simple question, right? At first glance this question appears straight-forward, but in actuality it is fairly complex. It is important to understand what contributes to the complexity of this question, why suppliers respond the way they do, and the best practices for getting an accurate answer.

The Big Question:  What species and how many strains of Bacillus do you have in a particular product?

The Bacillus genus contains a broad range of species and strains with a wide variety of physiologic capabilities; this is precisely what we love about Bacillus, and what makes many of these strains so attractive for a host of industrial and agricultural applications.  However, this broad diversity can often make classifying Bacillus at the species and strain level complex or confusing, leading to variable or inconclusive results, particularly for laboratories that may be unfamiliar in working with species from this genus. To further complicate the issue, classification methods which adequately classify bacteria from other groups such as Gram-negative pathogens like E. coli at the species or strain level often fail to adequately distinguish species and strains of Bacillus, particularly species within the closely related Bacillus subtilis group from which many of our MDG strains arise (Bacillus subtilis, Bacillus licheniformis, Bacillus amyloliquefaciens, Bacillus atrophaeus, Bacillus mojavensis, Bacillus vallismortis and Bacillus sonorensis). In part I of Distinguishing Species and Strains we take a closer look at some of the common methods for Bacillus species identification.

How are Bacillus species identified?

There are many choices when it comes to test methods for classification of bacteria, and depending on which method(s) are chosen the results can be confusing or even contradictory!  Traditional methods rely on culturing of the strain and performance of a panel of biochemical and substrate utilization tests to determine strain profiles relative to reference species.  One commonly used example of this identification method is the API® strip test (BioMérieux, Marcy l’Etoile, France).  This method is well-established and cost effective, but ultimately still relies on adequate isolation and growth of the target microbe which can sometimes be a can of worms in itself (we discuss this further in a bit).  In addition, as with all identification methods, a robust database of reference species is essential for accuracy.

Another option for species identification is fatty acid methyl ester (FAME) analysis, a technique that examines the fatty acid composition of the bacterial cell membrane by gas chromatography.  This method has the advantage of being rapid and is generally fairly discriminative for Bacillus species, but again depends on culture of the target microbe and requires expensive equipment that is not always readily available in all laboratories.

Whole genome DNA-DNA hybridization is an older “gold standard” method for identification of bacterial species, in which the degree of similarity between an unknown organism and a known reference organism is determined by fragmenting and hybridizing DNA from a radiolabeled reference organism with the unlabeled DNA from the test organism (Brenner et al., 1967).  Though accurate, this technique is not widely used due to the laborious nature of cross-hybridizations, the requirement for radioisotope use, and the lack of a central reference database.

Molecular methods for bacterial identification have become popular in recent years due to their speed and cost efficiency, and the elimination of the need to culture.  These methods typically target specific, evolutionarily conserved genes for species identification and rely on PCR to amplify a specific sequence from the DNA of the target microbe.  For these methods to be effective, the gene target needs to contain both conserved (similar) regions allowing primer binding to a broad spectrum of microorganisms and variable (dissimilar) regions for effective differentiation of bacterial species.  Following PCR amplification, the target sequence is compared using reference databases for similarity to the target genes of known reference strains.  Like traditional identification methods, the identifications provided through gene-centric PCR techniques are only as accurate as the reference databases used.

Sequencing of the 16S ribosomal RNA (16S rRNA) gene is the most frequently used method for identification of bacteria.  This gene codes for a component of the 30S small subunit of prokaryotic ribosomes and is conserved in all prokaryotic species, making it an attractive target.  Though this method can be quite suitable for classification of bacteria in a wide range of taxonomies, for Bacillus species, the 16S rRNA gene can be highly similar and therefore often fail to adequately discriminate between species.  For example, a full 16S gene sequence from a given Bacillus strain can often have equal degrees of similarity to sequences from Bacillus subtilis, Bacillus amyloliquefaciens, Bacillus mojavenesis or Bacillus methylotrophicus.  Partial 16S sequences are used by some laboratories and provide even less information with which to make accurate identifications.

More recently, the gyrB gene which encodes the subunit B protein of DNA gyrase, has become a popular gene target for molecular identification of Bacillus species (Wang et al., 2007), offering higher resolution of Bacillus species than the 16S rRNA gene with comparable time and cost.  But though gyrB  sequencing offers a much improved taxonomic resolving power for Bacillus species, but it is important to remember that no one technique is perfect, particularly with highly related species.  For example, gyrB failed to distinguish between B. thuringensis and B. cereus in some instances (Chen and Tsen, 2002).

The bottom line on species identification is that there is not one standard or “right” method.  Each method has benefits and limitations, and it is often necessary to use a combination of methods to ensure greatest level of accuracy.  Consistency is also key, ensuring laboratories are using identical methods and databases for identification will go a long way in avoiding confusion of contradictory results.

Now that you understand the complexity behind identifying species, next month we will look at the different methods for Bacillus strain identification and discuss the advantages and pitfalls of each. By the end of the Distinguishing Species and Strain series we hope you have a better understanding on what contributes to answering “the big question”.